Why DOG GUARD® of Eastern CT/RI 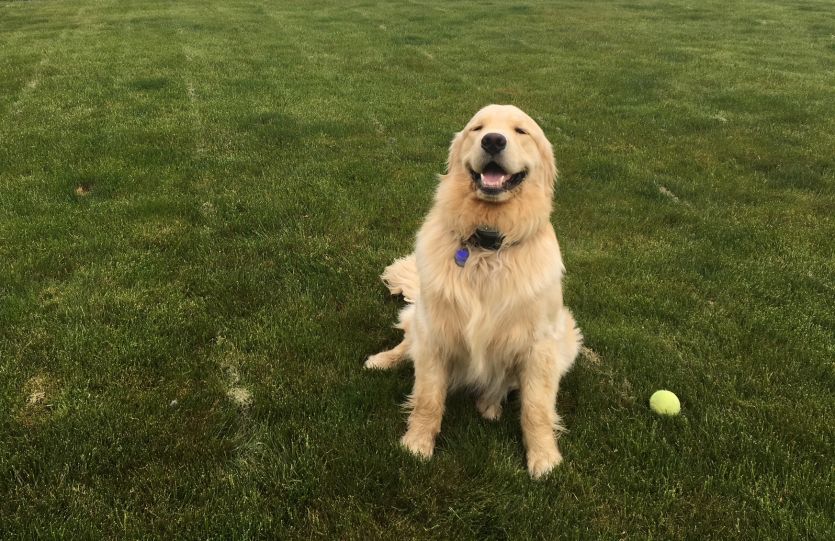 Dog Guard of Eastern CT/RI, LLC is part of the Dog Guard® Network committed to giving your pets the freedom they deserve and pet owners the assurance that their dog will stay safely contained in their yard. Over 1/2 million happy dogs later and counting, we are still committed to providing you with innovative solutions and advanced product features unique to Dog Guard®.

Eric Orkney is the owner of Dog Guard of Eastern CT/RI LLC. He has always been intrigued and had a real passion for animals; especially big cats. Even as a young child, his brother would call him "Zliontamer." That stuck as he started his journey working with big cats in 1999 as a student at Cat Tales, a zoological training & rescue center in Mead, WA with a program focused on basic husbandry and training methods for exotic cats. 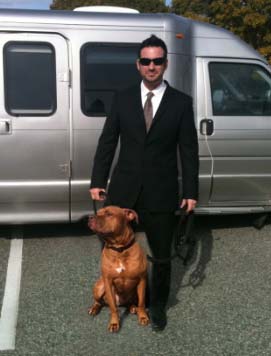 Eric’s first professional tiger training experience came shortly after graduation in February of 2000, when he was offered a job with the world-renowned Siegfried & Roy at the Mirage in Las Vegas, NV. As part of the Animal Supervisory Team, he was responsible for the handling and training of over thirty Carnivores, including several species of Leopards, White Tigers and White Lions for both the main exhibit (Secret Garden) during the day, or loading animal illusions by night. After two and half years, Eric wanted to concentrate more on the educational and conservation aspects of the field and helped start a new tiger program for Six Flags Worlds of Adventure in Aurora, OH. This new show featured the tigers’ natural behaviors such as running, jumping, climbing, and swimming.

In 2004, the park was sold and the program was relocated to Six Flags Great Adventure in Jackson, NJ, where he met Lara Orkney (then Weber), who would later become his wife. With a promotion to Manager and Head Trainer, the addition of three more Bengal tigers, and five new trainers, SFGA opened the Temple of the Tiger in 2005. The Temple of the Tiger was a real, once in a life time interactive experience that couldn’t be seen anywhere else in the world. Team Tiger’s united efforts earned them a place as one the company’s most popular shows in history. It also won three IAAPA awards for the “Best Edutainment Show” in the world.
With the closure of the program in 2010, Eric has since refocused his energy back to the roots of what inspired his career as animal trainer - dogs! Although it’s a bit different training a 600 lb wild animal basic obedience than your average Labrador Retriever, the learning theory is the same. 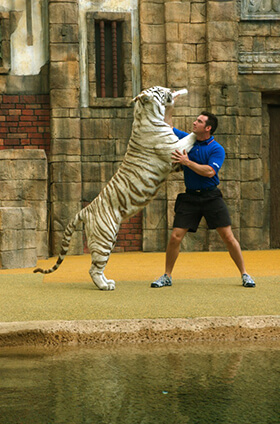 With Eric’s accomplished animal training and customer service background, and the addition of his wife Lara Orkney’s diversified skills and love for animals, they will outperform competitors and serve their clients with the utmost personable service, field expertise, and genuine care for every beloved pet!

Like many people, Lara grew up loving animals. Lara has always had dogs of every age, size, and personality. She also loved training, playing, walking, swimming and caring for them. When she was 15, Lara first started caring for animals at a local veterinary hospital. After this, her dream came true when she was chosen for her first internship caring for marine mammals at the Aquarium of Niagara in Niagara Falls, NY. She would later go on to work for the aquarium as a marine mammal trainer of which she owes most of her knowledge of animal training to. 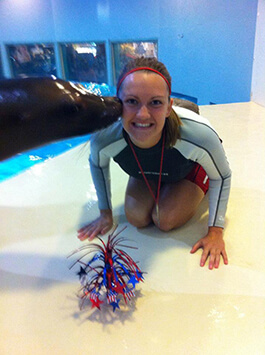 Lara received her Bachelors of Science degree in Zoology from the state university of New York at Oswego in 2008. Shortly after college, she was hired on by Six Flags Great Adventure & Wild Safari where she met Eric, her future husband. There, as an exotic animal trainer, she had the wonderful opportunity of training and caring for anything from monkeys, to lions, to dolphins, to bears and birds. Lara has now worked for several different aquariums and zoological facilities and she will always cherish those experiences.

With so many people owning dogs and the awareness of rescue and adoption on the rise, she decided to move to CT and care for dogs full time. Lara’s experiences with all different species of animals gave her a wonderfully diversified background that helps her to effectively train different dogs. She enjoys the freedom and training she is able to give the dogs and the happiness and contentment their owners feel!

Learn how in-ground dog fence systems work and why a professionally installed Dog Guard fence will create a safe environment for your pet.

“With seven acres of fenced paddocks, fields and woods, I didn't think I'd need a fence for Tug the Whippet. Well, I was wrong; he wanted to play with all of the neighborhood dogs when they walked by every night and morning. Even though it's a dead-end road, cars still go by often enough for me to worry. Being a sight hound, I was wasn't confident that an invisible fence would work for a little, fast and curious puppy. Eric has been incredible. Every time I would text with a concern, he was right on it. Tug is now safely watching(not chasing) the neighbors go by and the cats running away from him. Thank you, Dog Guard of Eastern CT/RI!!!”

Interested in learning more? Get a fast quote with no on-site visit needed!

Get a Free Quote